Piazza Duomo (Syracuse - Unesco World Heritage) during the blue hour. Few minutes before the shot, the plaza got wet becouse of the rain. it did not last long but the effect was incredible. The stones reflected all the colors from the natural and artificial lights.

"...I don't think there is another city in the world that has in front of itself a so marvellous image of its great past times...": Edmondo De Amicis a relevant Italian writer, wrote these words about Siracusa.


Mediterraneo's gem and cultural capital of Magna Grecia, the city offers a great variety of choices and attractions. It stands on the shores of south-eastern Sicily and shows different types of coasts: from jagged cliffs to beautiful beaches. The urban territory develops itself on the island of Ortigia and on the mainland; because of its geographic conformation, Siracusa presents a natural spectacle made of river valleys, coloured latomie and beaches that – together with archeological elements of undoubtable historical relevance – give birth to the unique beauty of the place. Since the ancient times, as a matter of fact, Siracusa has been characterized by several architectural influences; inside the Archeological Park of Neapolis, the biggest in town, you will find: the greek theatre, which hosts every year the classical representations – a great opportunity for witnessing an authentic echo of the greek times – the Ninfeo's cave, the Sepolcri's way, the Dionisio's ear, the Archimede's tomb and a lot more. Ortigia, centre of Siracusa's nocturnal life with its pubs and restaurants, is also home to some of the citys's most important attractions in cultural and historical terms: Piazza Duomo, an elegant synthesis of greek, byzantine and norman influences; Fonte Aretusa, “crossroad” of history and myth as well as scenography for the characteristic papyrus; Santa Lucia alla Badia's Church, that hosts the original version of one of Caravaggio's paintings and Maniace Castle, wanted by Federico II di Svevia and toaday a precious norman-times' reminiscence. Ortigia also hosts the Old Market, element of direct connection to the gastronomic wealth of the city. Siracusa is a kaleidoscope of millenia of history projected towards the future. 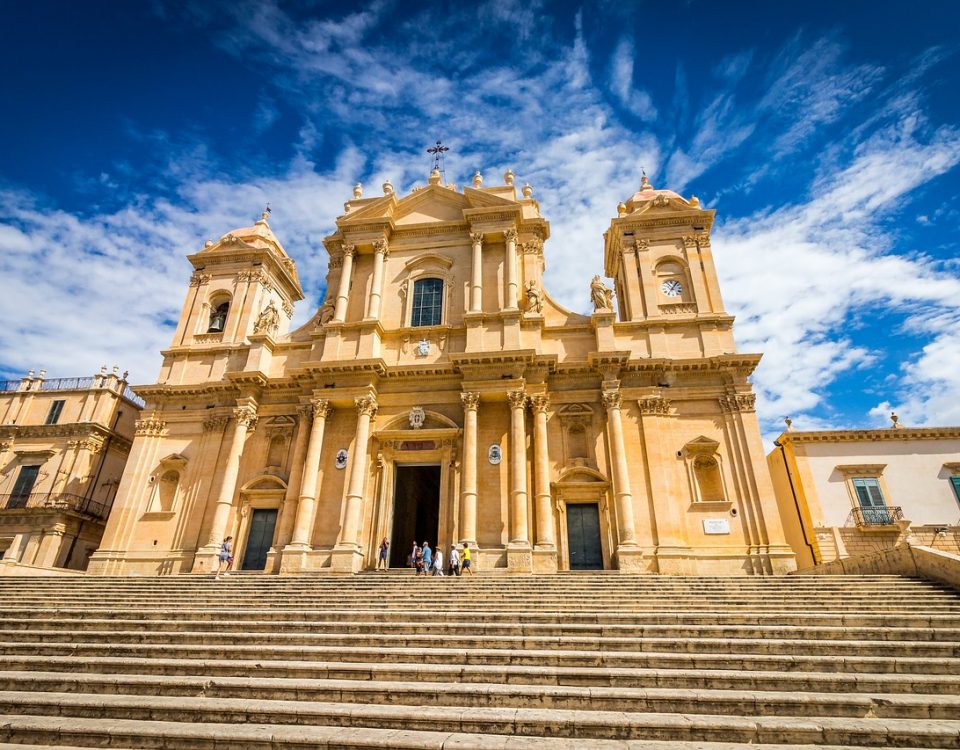 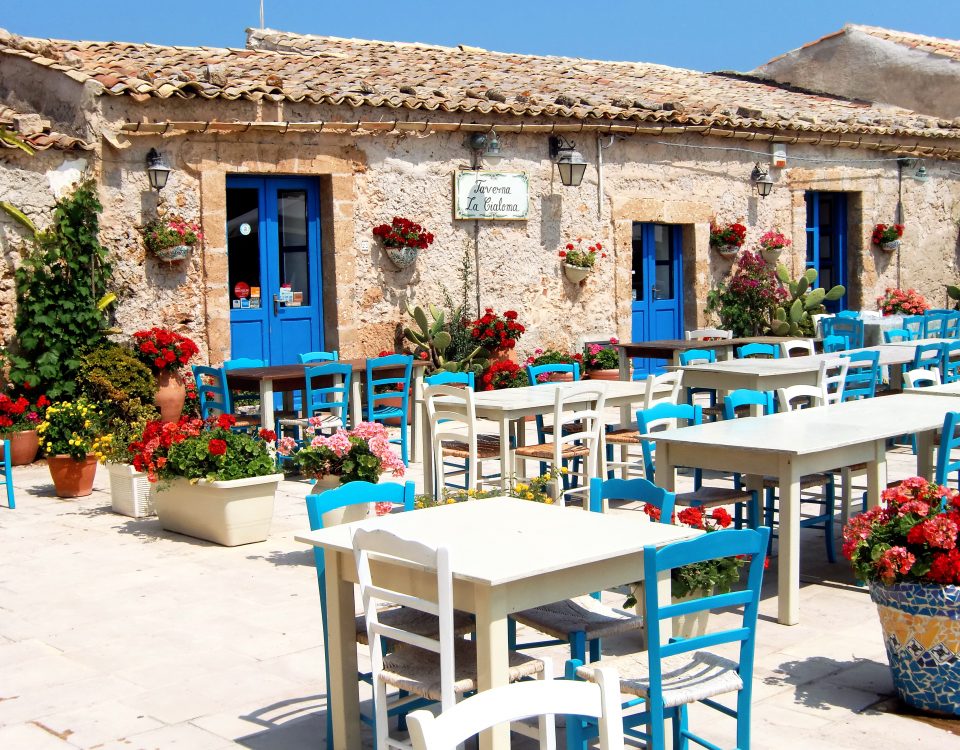 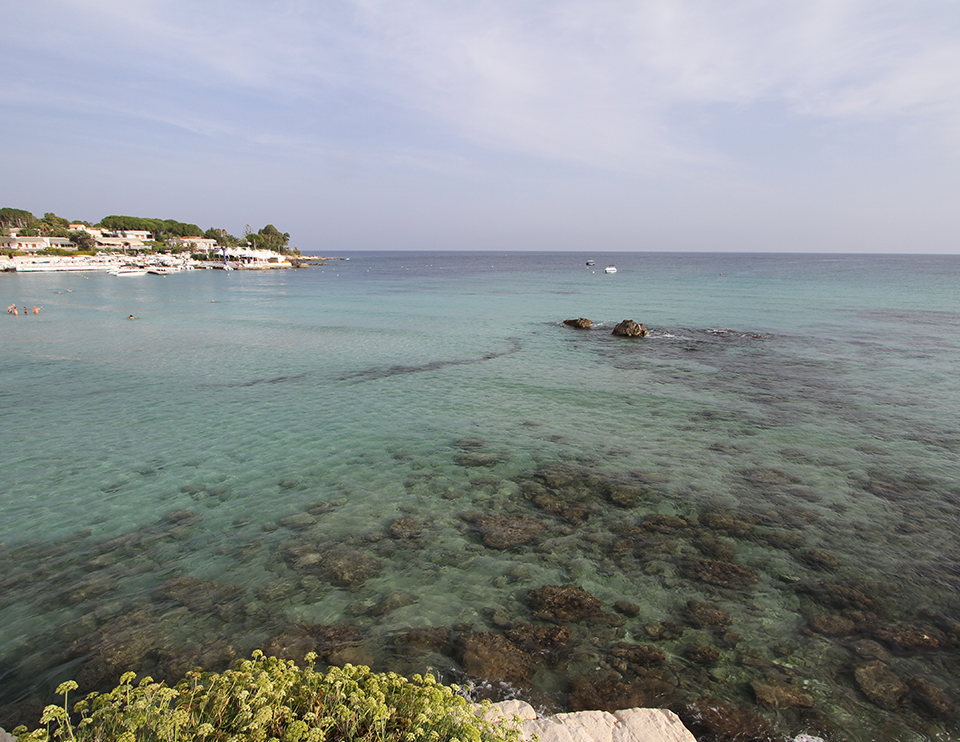